The observatory is situated north-east of Stockholm in Sweden. 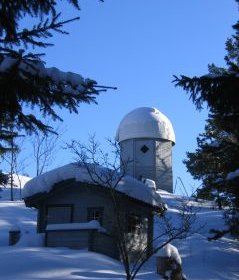 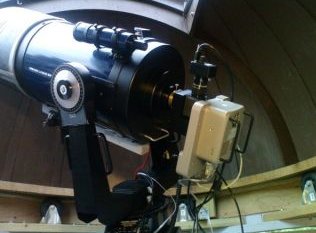 The observatory houses a 12" Ritchey-Chrétien telescope. In the good old days, I used an ST6 CCD camera for astrophotography (starting from 1993), and a Meade 12" LX200 Schmidt-Cassegrain telescope. Since 2007 I use an STL11000M CCD with an AOL adaptive optics unit, and sometimes a MOAG.

For spectral control the camera is equipped with an 8 position filter wheel from SBIG, with C L R G B filters from SBIG. Narrowband filters of H-alpha OIII and SII are from Baader and Astrodon. Astrodon filters are of high quality, while Baader filters can be very bad. My first SII, a Baader SII - "c'est une catastrophe" - it is out of spec on center wavelength and the performance is mediocre! I measured it in a spectrophotometer, and it clearly showed a shift in wavelength. I had to throw it out! However the Astrodon S-II is excellent. 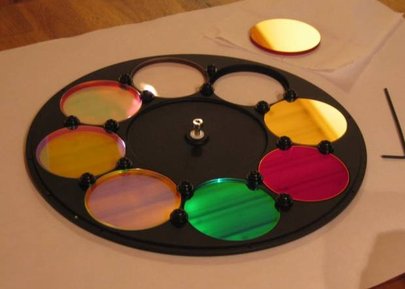 The 12" Meade scope was mainly used from 1996 to 2020. It has been a true workhorse. I have repaired the electronics with the help from an expert in US, who helped me exchange some caps and other components with short  and limited lifetime. Since this upgrade was done the electronics have worked flawless! The Schmidt-Cassegrain has some limitations on resolution towards the periphery of the 24x36 mm field of my camera.

In late 2020, I have started to use a 12" Ritchey-Chrétien instrument, to get pinpoint resolution all across the 24x36 mm field.

The mount is computer controlled, and I normally observe directly on the computer screen. For reference, I normally use Megastar or Vickers atlas. The dome is built out of a frame of marine type plywood and water resistant masonite. It is covered with a glasfiber coating. It was built in 1998. In 2007, and also in 2020, the dome was freshed up with some new layers of glasfiber coating.

For wide field photograhy, I use a William Optics Megrez 90, with a flat field corrector.

For solar observations, I use a 60mm Coronado scope with double stacked filters yielding 0.5 Ångström bandwidth. I started with a SkyRis 274M camera, but have now continued with a ZWO ASI 183 MM camera.

Observations are also made with a 17.5" Dobsonian Telescope. It was built as one of the very first highly portable Dobsonians with a truss tube. This scope can also be seen in David Kriege’s and Richard Berry’s book “The Dobsonian Telescope” where it is shown in chapter 1.3.4. The scope was first published in Telescope Making #17. It is still a pleasure to use.

Another observatory I have been involved in, and design responsible for, is the Lahall Observatory built in 1979-1983. It is a club observatory located outside Gothenburg. It has housed a large 150 mm refractor. It is operated by the Astronomy Club of Gothenburg, GAK.

In the late 80’s I designed the new dome for the club observatory in Stockholm city, at “Observatorielunden”. This observatory has an old type traditional cylinder formed dome, housing a Schmidt Cassegrain telescope operated by the Stockholm Amateur Astronomers Club STAR. 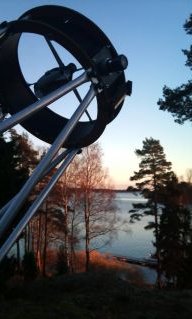 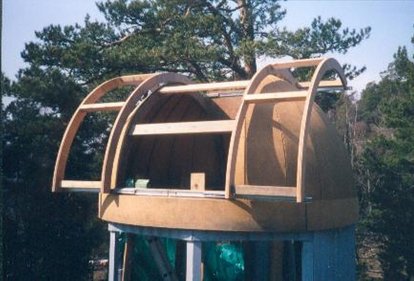 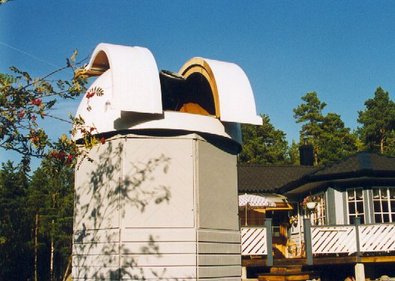 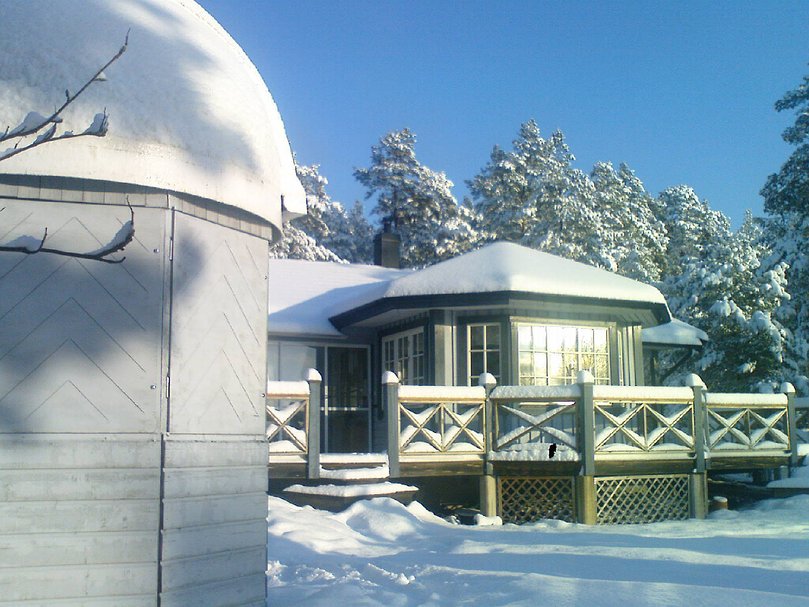